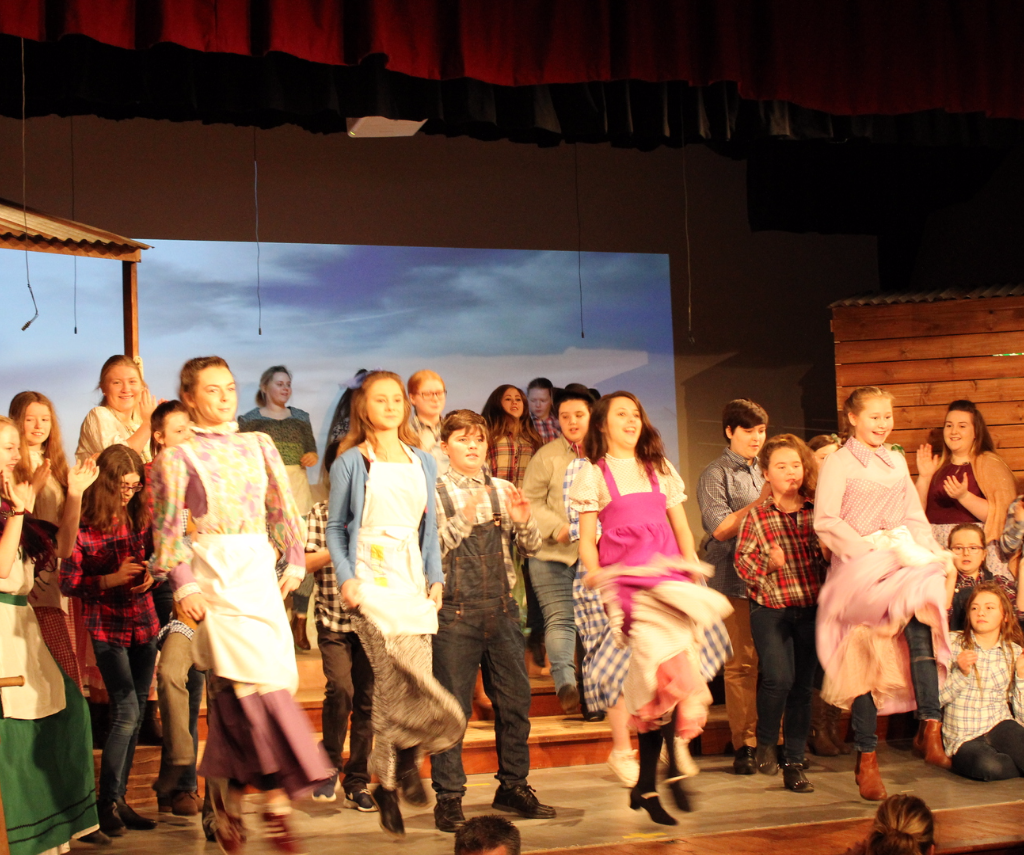 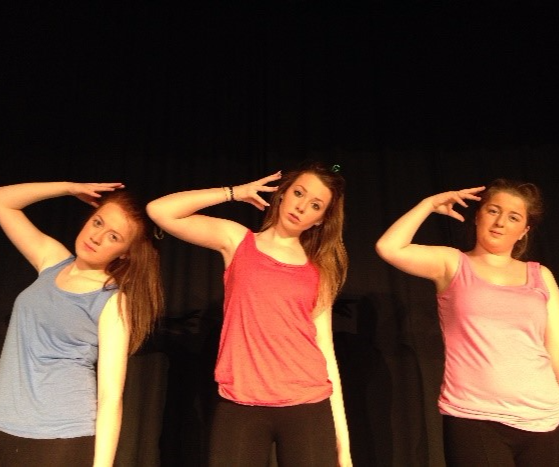 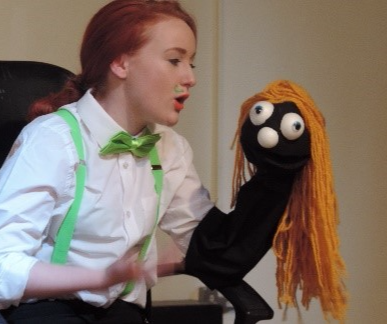 The Drama department aims to instill a passion for the arts, giving pupils the chance to engage in a range of activities and experiences that they will ENJOY. Within this subject pupils CREATE work based on a range of topics, stimuli and themes. After refining their ideas, pupils PERFORM to their classmates and to wider audiences. Pupils are regularly given the opportunity to RESPOND and react to their own work, the work of others and live theatre.

The Drama department provides a safe and controlled environment for the expression and negotiation of thoughts, feelings and ideas. Pupils work individually, in groups and as a class as they hone their ability to use voice, movement, gesture and facial expression. The development of these communication skills alongside their peers develops self-awareness, teamwork, self-confidence, problem-solving and leadership skills. 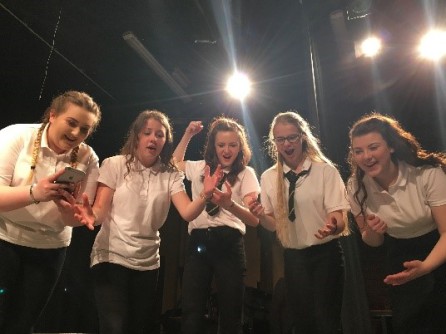 Pupils perform within the classroom the sketches, poems and scripts that they have prepared, while also being given the opportunity to showcase these to a wider audience such as in assemblies, at the carol service and at local events.

All Year 8 pupils take part in the annual Check-In Evening, performing a class drama or musical number to parents in the September of starting school. This is part of the school’s induction program for new pupils and helps them to make friends, get involved with extracurricular activities and feel part of their new school.

Pupils of all ages are given the opportunity to compete in the Ballymena Festival for Speech and Drama entering categories focusing on the spoken word such as persuasive speech, poetry and news-reading. In 2016 the school won the award for post-primary success. Several bronze, silver and gold festival badges were won and Jordan Greer took home the trophy for overall best poetry recital. So far over 50 entries have been planned for 2017 as our link with the festival continues to grow.

In collaboration with Music, Art and English departments, the school musical is a fun and education-enhancing experience for all involved. The school musical takes place in December as a Christmas treat to the school and the local community. December 2015 saw ‘Oklahoma!’ take to the stage while this year the musical ‘Grease’ looks to be set for another success.

The Drama Department has recently been involved with the ‘Amazing the Space’ peace event held in Belfast to pledge peace between schools regardless of religious divide. Performers used their dance and movement skills to create a piece that symbolized the building of peace in the community, which they performed live at the event which was then streamed globally.

Performances take place on the school stage which is equipped with the latest in sound and lighting technology, used to enhance performances and give a professional feel. 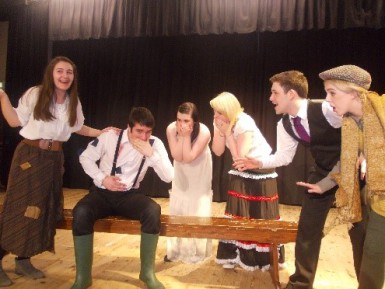 In GCSE Drama pupils study ‘Blood Brothers’ by Willy Russell through practical and analytical exploration. This includes considering the historical and cultural context of the play and how this impacts other stage elements such as costume.

Pupils produce two performances for assessment: one scripted, the other devised and when combined form 60% of their result.

Pupils sit an exam at the end of the course to reflect on the development of their practical work and to demonstrate their understanding of ‘Blood Brothers’. 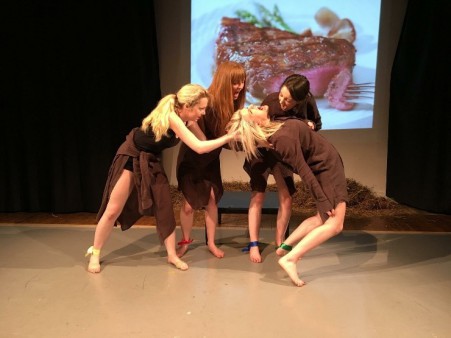 Pupils view and analyse live theatre and create performances based on commission briefs.

87% of pupils have achieved A-C grades at A-Level over the last 3 years, with 100% achieving A-B grades in June 2016. Within this cohort, Emma Fleck was awarded the highest result in Northern Ireland for her Performing Arts A-Level.