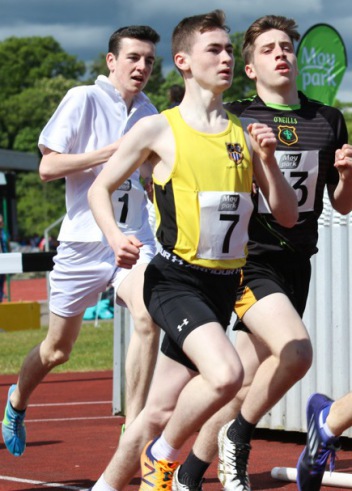 Ulster Call Up for Josh!

Joshua Courtney, a Year 12 pupil at Dunclug College, continues his meteoric rise on the athletics track this season, with a call-up now to represent Ulster in the forthcoming Inter-provincial games at Santry, Dublin later this month. His selection was confirmed after competing in the All-Ireland Schools’ Championship last weekend, where he finished a highly credible 7th in the Intermediate Boys’ 800m event in a time of 2:03:88, a performance which was good enough to secure his qualification and earn an Ulster vest. Joshua is a member of Ballymena and Antrim Athletics club and is currently being coached by Eddie King, a former international runner himself. Joshua’s selection comes hot on the heels of winning the 800m District title for Intermediate Boys’ and a third place finish, in the same event, at the recent Ulster Schools’ Track and Field Championships. 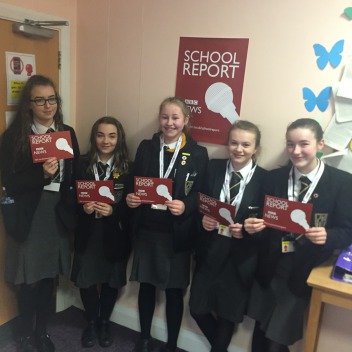 Students from Dunclug College will be making the news for real on 16 March 2017 as they take part in BBC News School Report. We aim to publish the news by 1600 GMT on News Day, so please save this page as a favourite and return to it later. 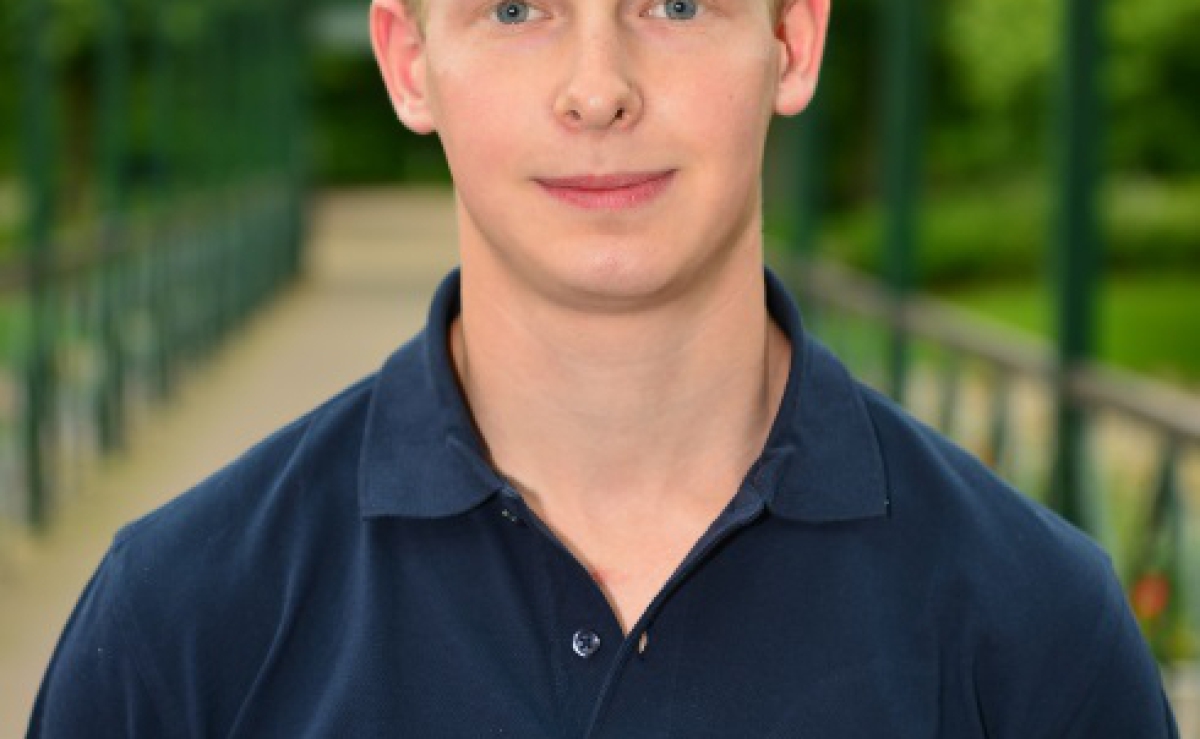 Robert Hamilton, 21 years of age, who is now self-employed following his apprenticeship at Northern Regional College, through employer Rodney Turtle, is aiming to represent the UK in Carpentry at WorldSkills Abu Dhabi 2017. Billed as the toughest skills competition in the world, WorldSkills Abu Dhabi will see over 1000 apprentices and students from 70 countries come together to compete to be named the top carpenter in the world. Robert will take part in a four day selection competition from 29 March to 1 April at Stockport College in Manchester where he will compete against other apprentices from across the UK to win a coveted place in Team UK for WorldSkills Abu Dhabi 2017.

Robert’s lecturer, Trevor Kernohan said, “Robert has worked diligently to get to this stage and fully deserves all his success to date.  He is an inspiration to any young lad wanting to follow a career in carpentry and the hope is that Robert’s own dream will be fulfilled by getting to the finals.”

Dr Neil Bentley, Chief Executive, WorldSkills UK said:  “Representing your country on the world stage is no easy feat.  It takes hard work, determination and the highest level of skill. Robert has demonstrated all of these attributes and many more and I wish them the best of luck as they compete for a place in Team UK.
“Participation in the international WorldSkills Competition enables the UK to benchmark apprenticeship standards in this country with those around the world.  It also provides us with a global platform to promote how skilled we are as a trading nation, helping the UK secure its future global competitiveness.”

Team UK for WorldSkills Abu Dhabi 2017 will be announced on 21 April. 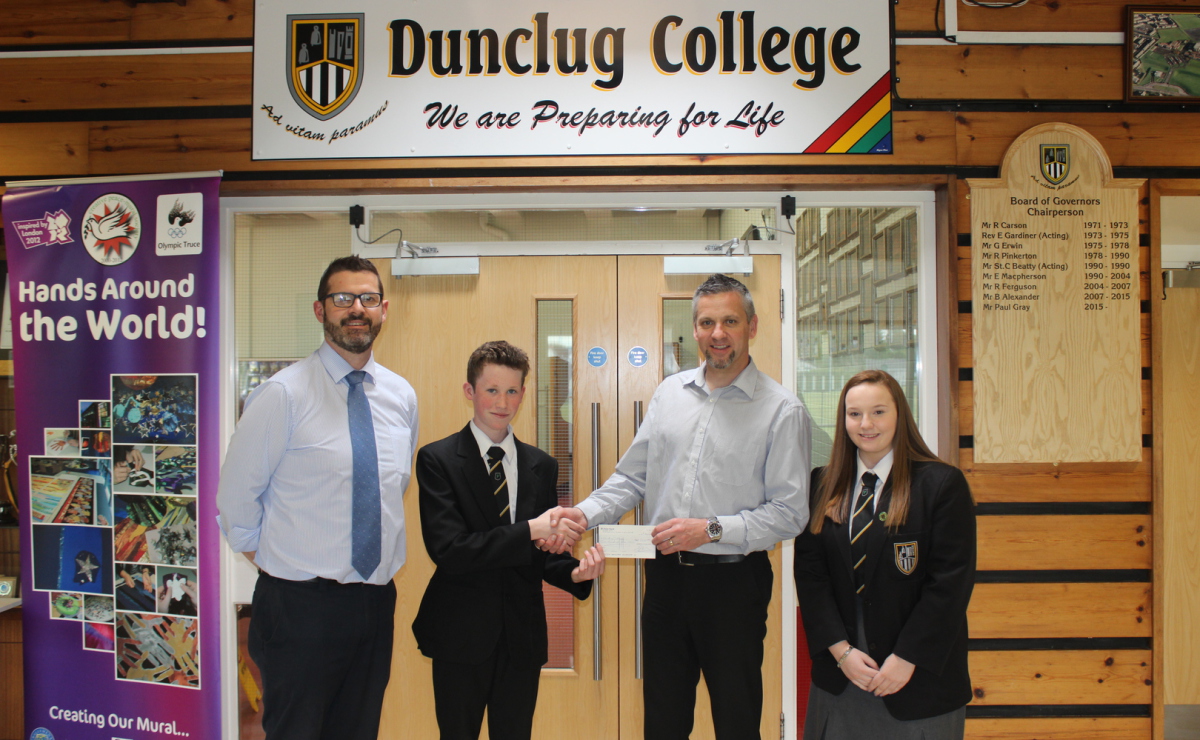 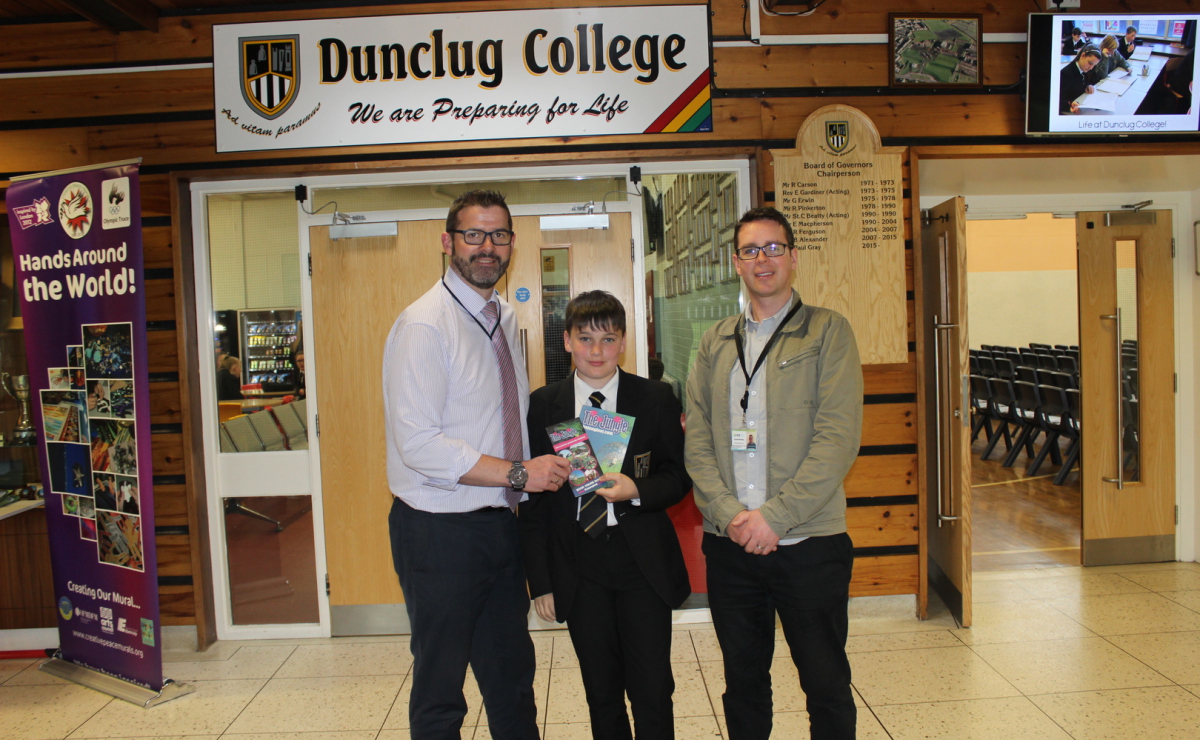 All pupils who achieved 100% attendance from January 2017 were entered into a prize draw to win either a bicycle (kindly sponsored by the Bicycle Shack, Portglenone) or a weekend glamping experience (kindly donated by the JungleNI). The lucky winners were drawn during Summer Merit Assembly and Holly McIlroy (Year 11) won the bicycle, with David McDonald (Year 10) winning the glamping experience! Well Done!!! 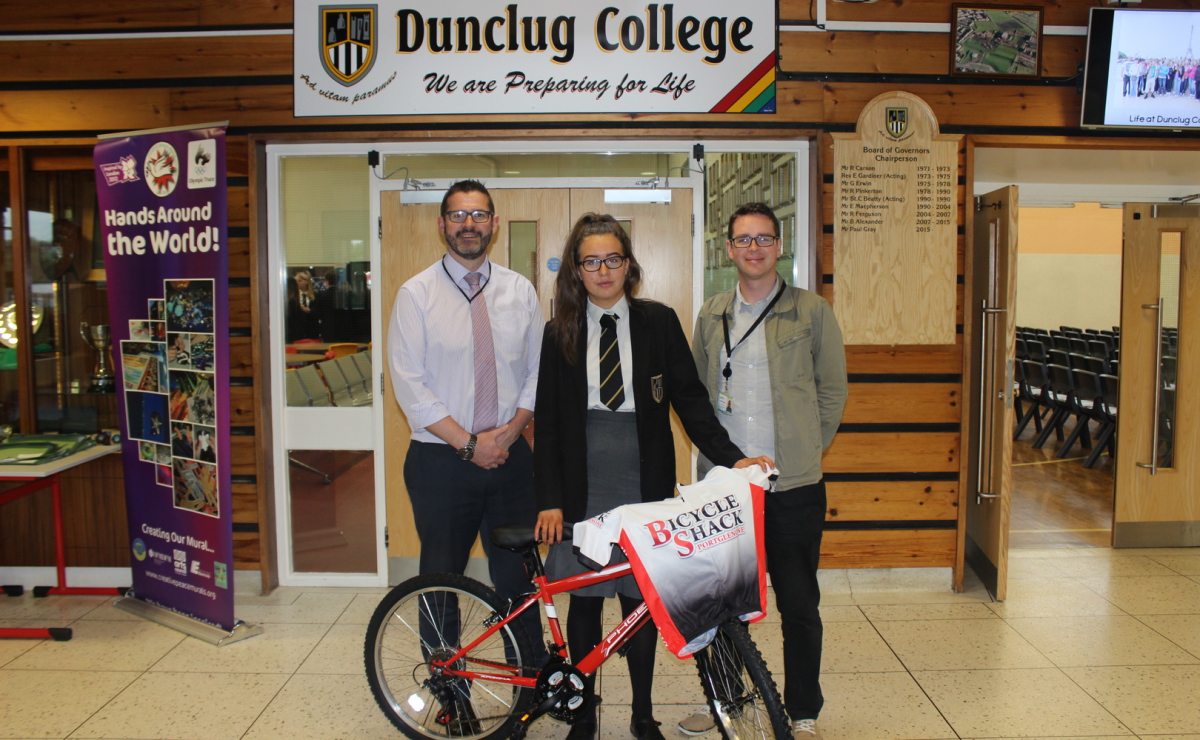 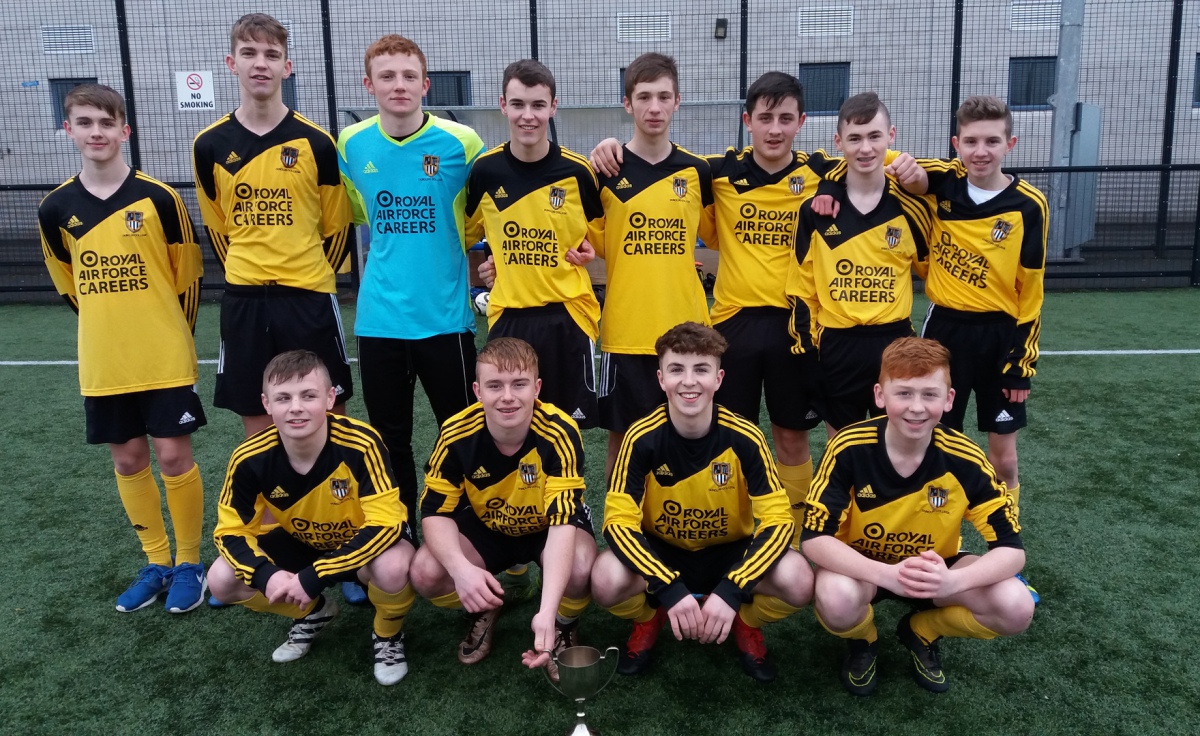 The Under 16 football team, I am delighted to say, managed to beat St. Killien’s College this afternoon in  the final of the Mid-Antrim Schools’ Cup competition, winning 5-4 on penalties after the game had finished in a 1-1 draw, after full-time and extra time had been played.  Andrew Smyth scored early on in the game, before St.Killien’s gave themselves a lifeline with a goal only seven minutes from full-time. In the penalty shoot-out, one of the players from St.Killien’s suffered the misfortune of hitting the post to give our team the overall victory and cup win.

The win this afternoon completes a remarkable level of success for this particular team, winning every league and cup competition in the Mid-Antrim Schools’ district at Under 12, 13, 14, 15 and 16 level, remaining unbeaten in every match played. In total, the majority of players have gone through the school having only suffered three defeats in all the football matches they have played, each of these defeats occurring in the Northern Ireland Cup competitions at both Under 14 and Under 16 level, one of which was to the eventual winners of the competition. 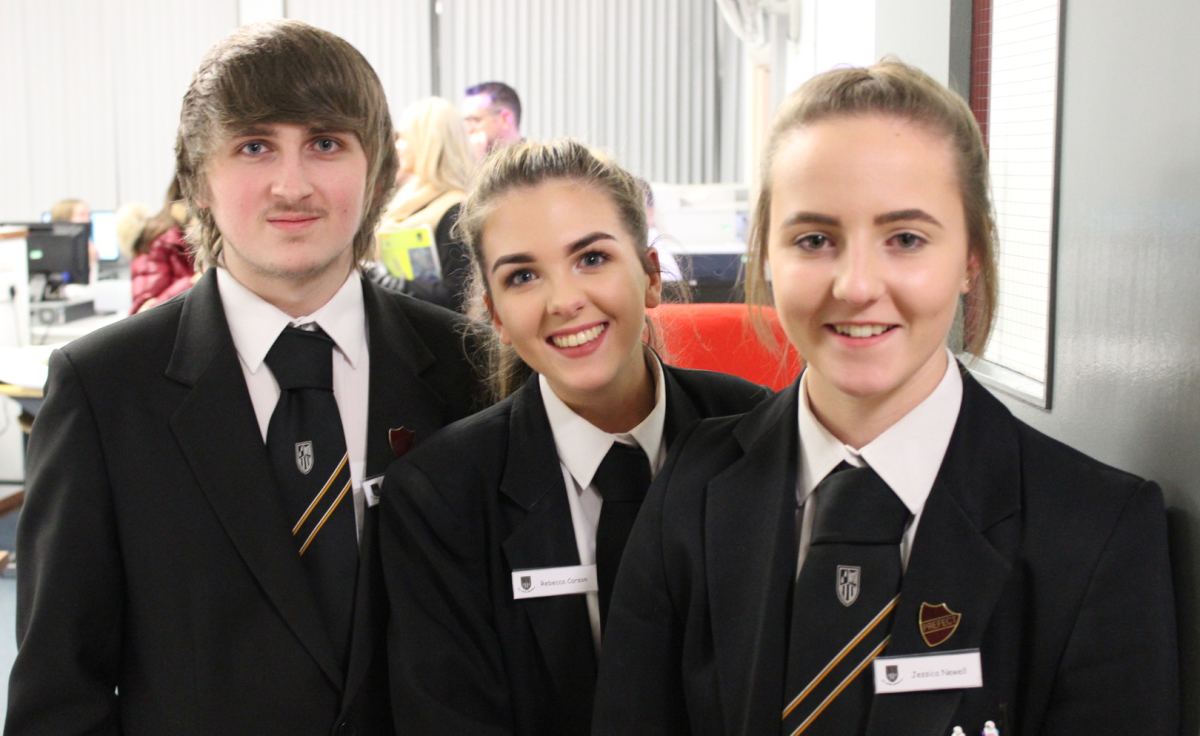 Parents of pupils in Year 7 are cordially invitied to visit the college on Wednesday 5th or Thursday 6th January 2017 to view the facilities, examples of work and to meet with teaching staff and pupils... 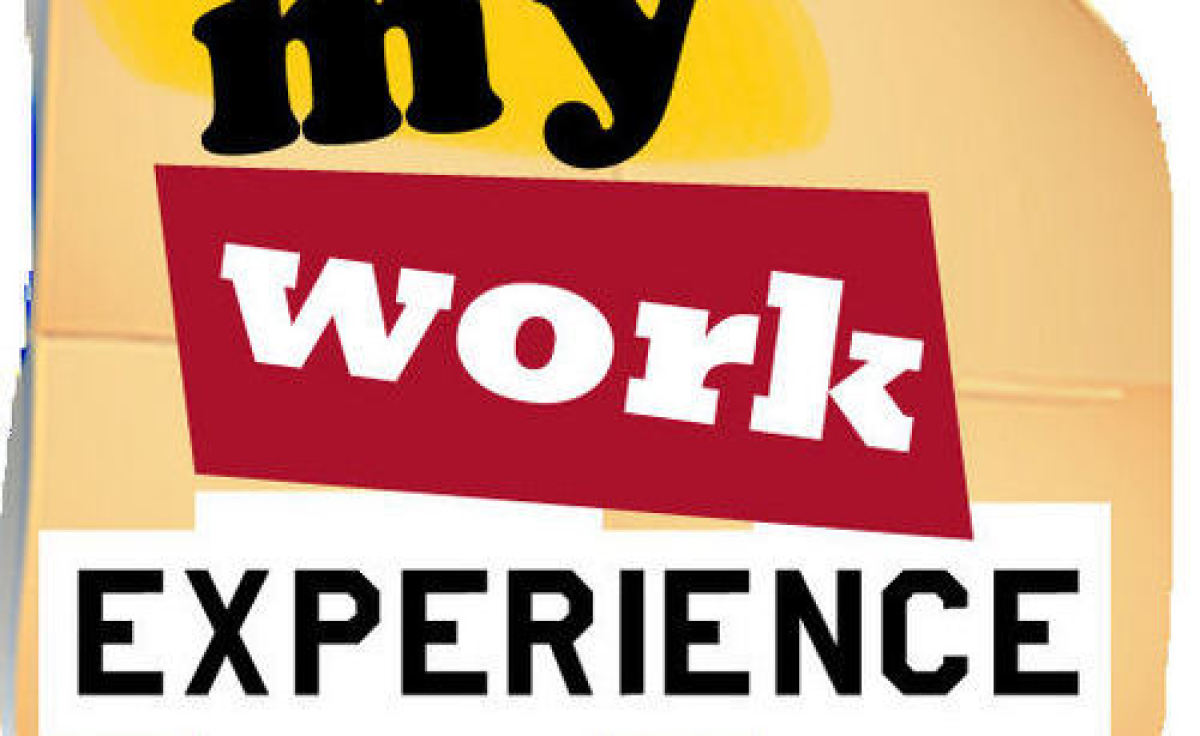 On Monday 16th January the first group of Year 12 students will embark on their work experience. 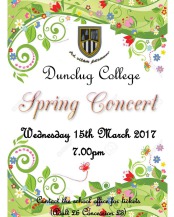 .The annual Spring Concert will be held on Wednesday 15th March at 7.00pm.

Pupils from Years 8 to 14 will perform repertoire from a variety of genre to entertain the audience. 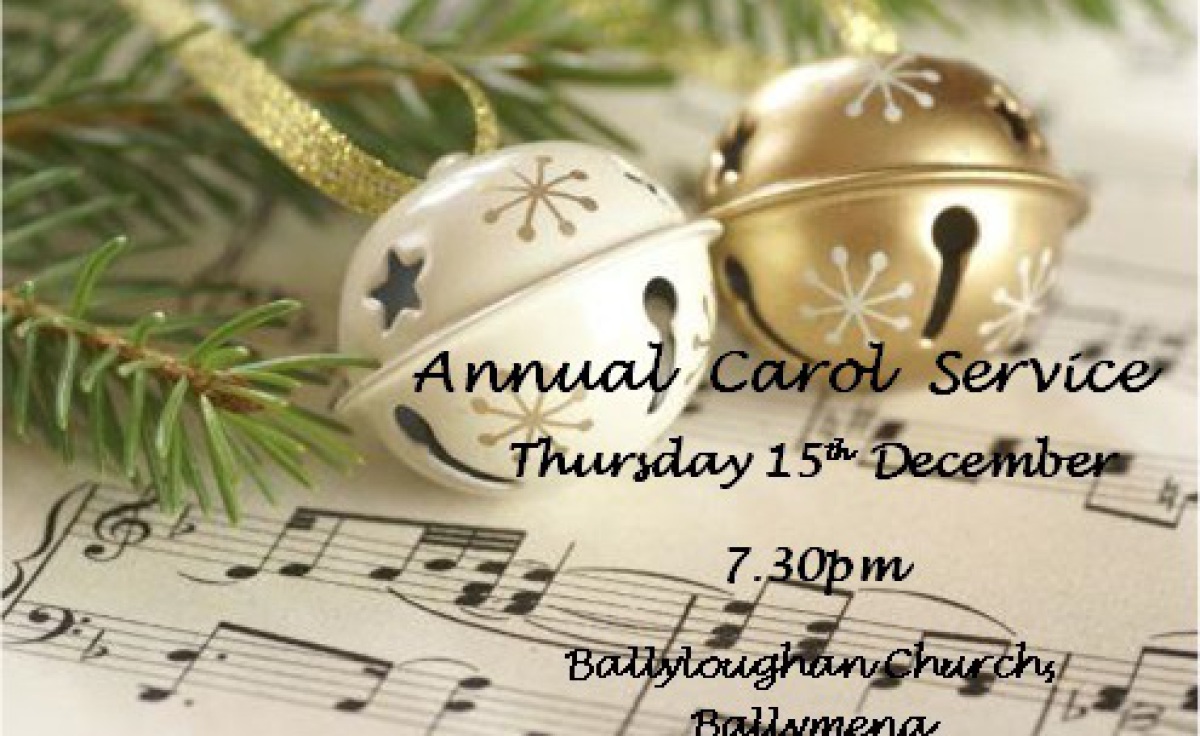 Our annual Carol Service will be held in Ballyloughan Church on Thursday 15th December at 7.30pm. Everyone is warmly invited to join with us in our musical celebration of Christmas. 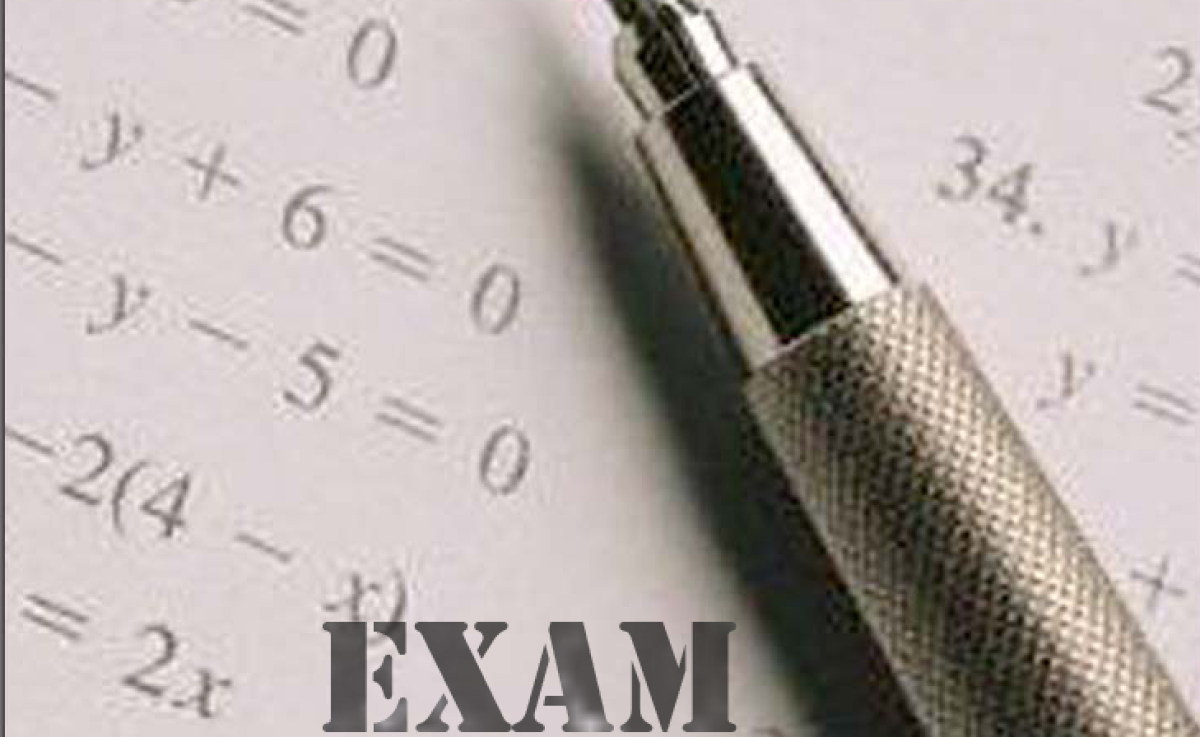 Best wishes to all students who are sitting their Winter Examinations over the next week. Remember revise, refresh, revisit.. 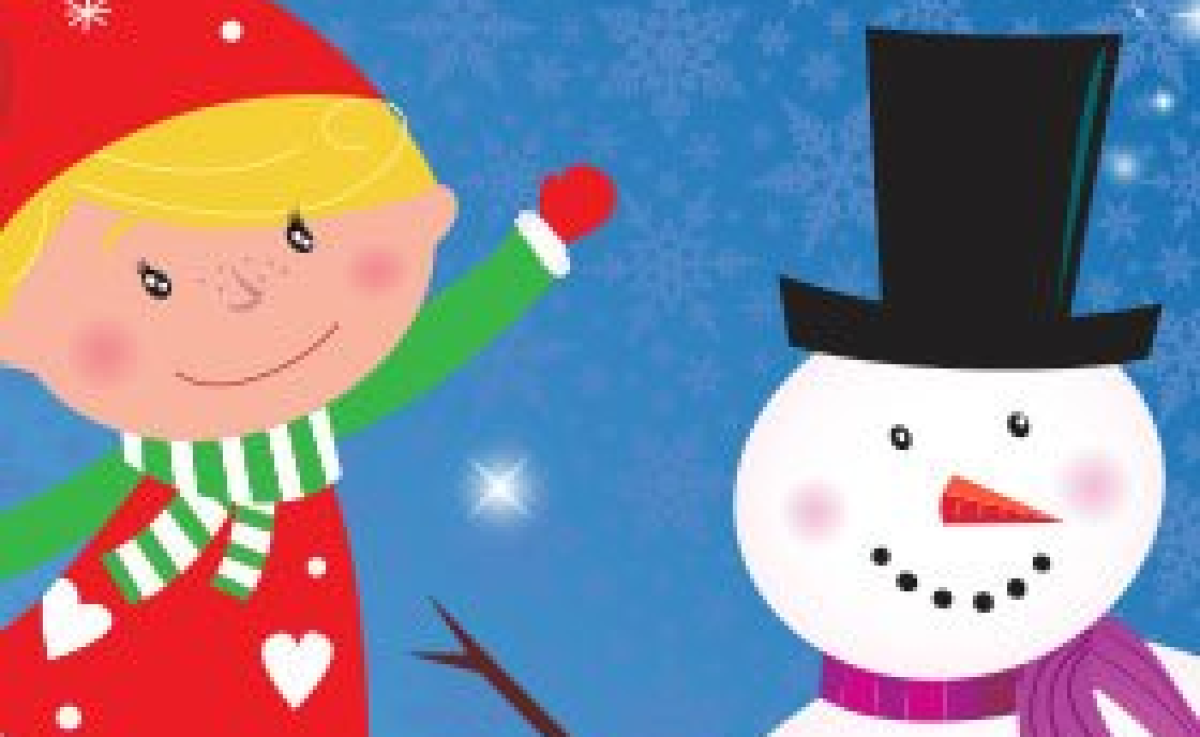 On Monday 19th December each Year Group in school will participate in Festive Fun organised by their Year Head and Form Tutors. Christmas jumpers at the ready! 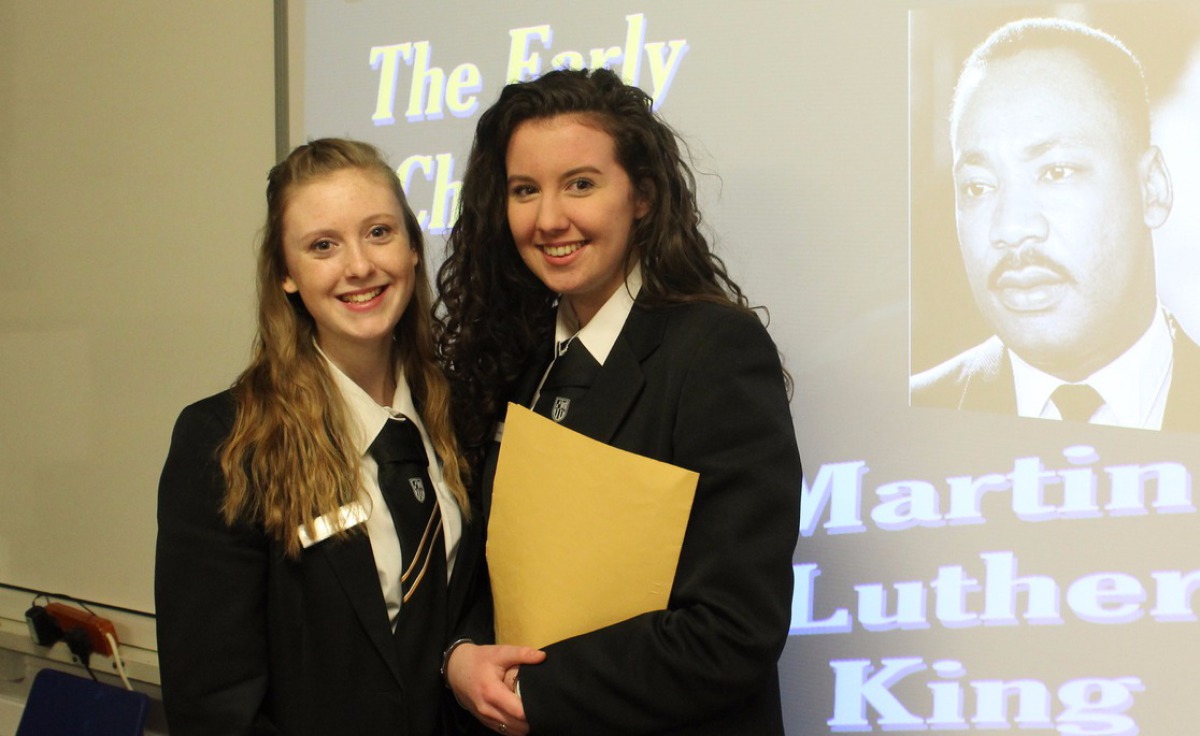 Parents of pupils in Year 7 are cordially invitied to visit the college on Wednesday 5th or Thursday 6th January 2017 to view the facilities, examples of work and to meet with teaching staff and pupils. 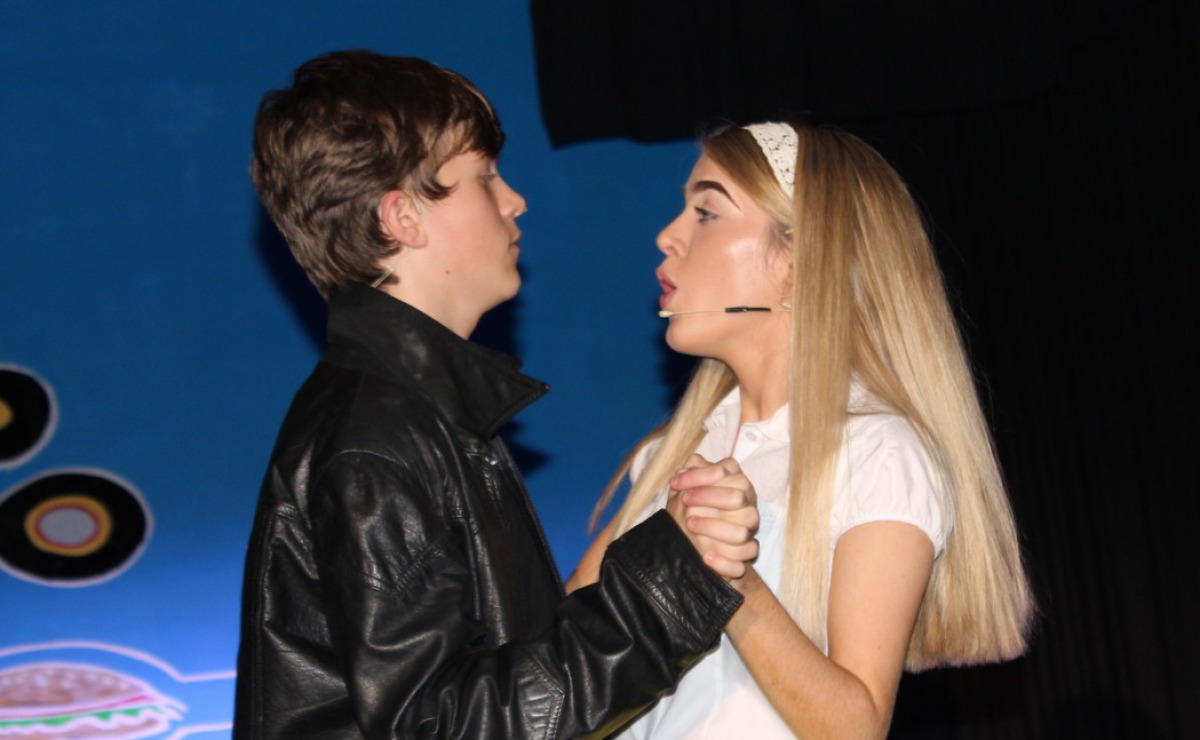 Grease - rehearsals are well under way!

Our school performance of Grease! will be delivered to audiences next week. Evening shows are almost sold out and the matinees have proven popular with our primary school friends. 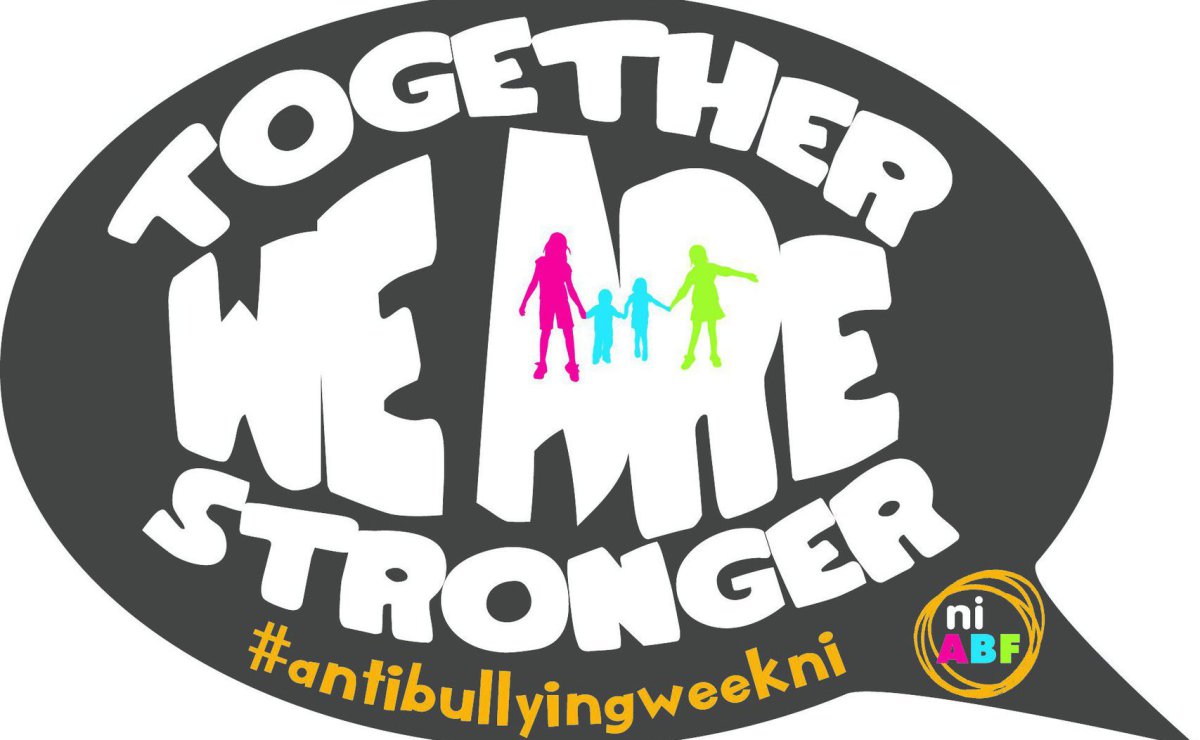 Anti-bullying week ran from 14th 18th November. Issues related to bullying were discussed in classes and in through assemblies. 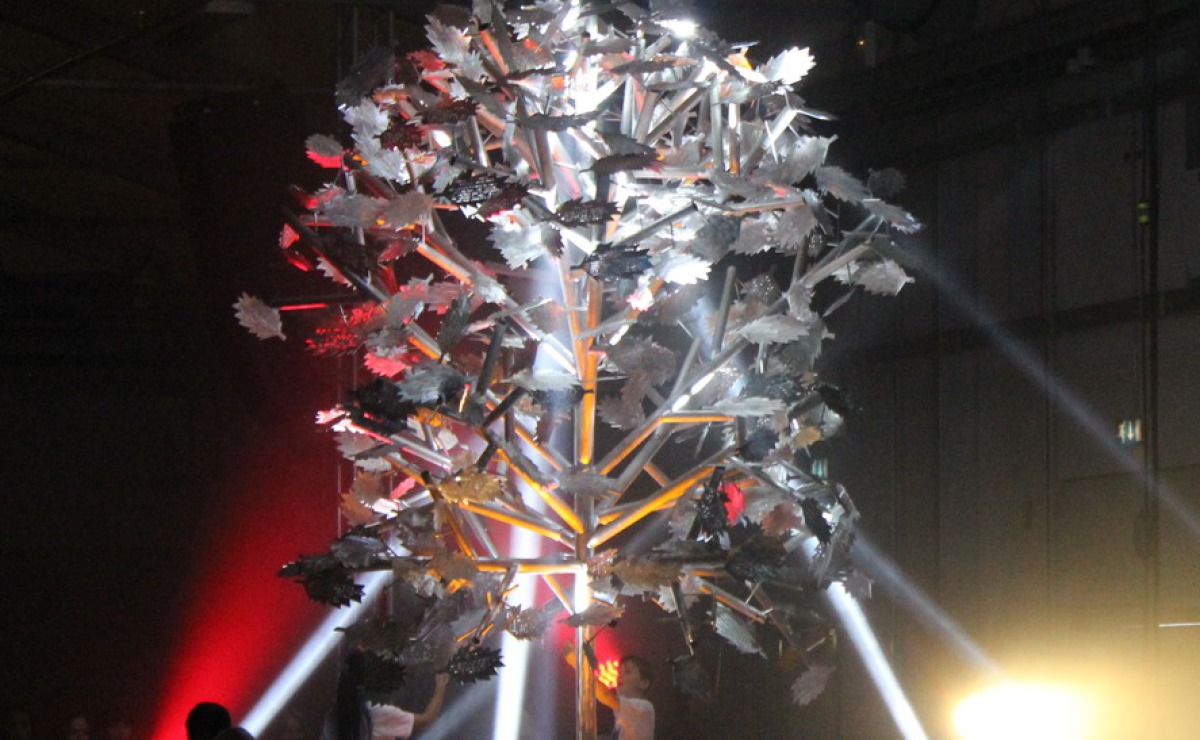 Our pupils joined 5000 others at Amazing the Space, on 21 September 2016, the UN International Day of Peace,  at the Eikon Exhibition Centre, Maze/Long Kesh and also at Slemish College. 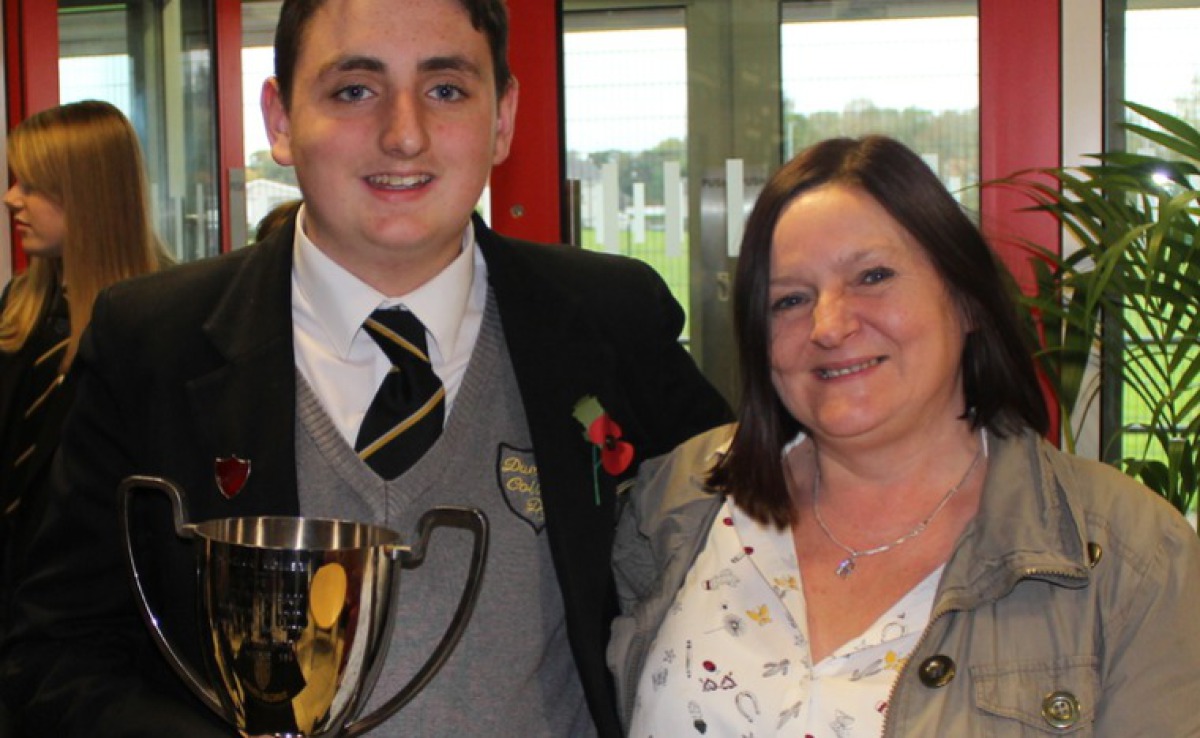